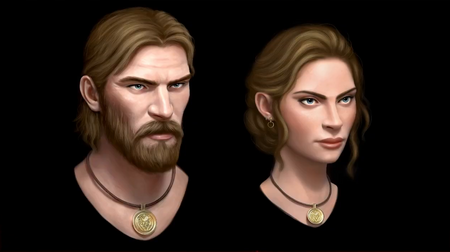 Kaelar (pronounced Kay-lar[3][4]) are a playable Aela Human race in Ashes of Creation.[5]

Build. Order. Civilization. These are the foundational principles of the Kaelar. Their empire in the old world spanned the largest of all, and they plan to do the same in this world. Extremely loyal to their roots, the Kaelar will rise to the challenge.

The Kaelar have a European racial influence.[6] 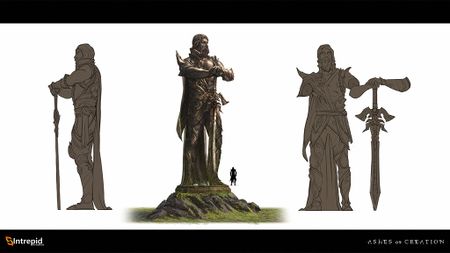 Aela Humans are split into two races: Kaelar and Vaelune.[5]

The Aelan empire is the most recent successor of the once great house of Lyneth. For over one thousand years the house of Lyneth ruled over the Aela. A golden age endured for most of their reign. It was only during the dawn of [the last century before the fall], during the Great War of the Undying that the house fell. With no suitable heir to the Lyneth throne the country fell into chaos. What arose is the fragile republic we see today. Overseen by the Emperor elected through the Council of Five: The five who govern the greatest cities on the Empire. The Aelan empire is by far the largest nation in all of Verra, with over eight million souls among its inhabitants. Aelans also represent the single largest population on Verra. Their borders touch upon every other nation; and with their interests of expansion on the seas of Verra, they are able to deploy their widely feared armies to any shore. The Empire uses this fear to bully many city states, bending them to their will. Those who deny the will of the Empire often find themselves at the end of a sword.[8] – Steven Sharif

The Riverlands biome was the ancestral home of the Aelan and is the present day home of the Kaelar.[9]

The Toren half-elves were the predecessor of both the Aelan and Pyrian races.[10]